Chances are, if you’ve spo­ken to Erik for any length of time, you’ve heard him talk about his family.

His beau­ti­ful wife and kids are his world and it does not take long to dis­cov­er that. He is a huge pro­po­nent of being inten­tion­al with time and keep­ing work at work. (His wife thinks that’s pret­ty cool.) By day, Erik steers the Focus Lab ship and claims it’s pret­ty easy to steer due to the amaz­ing peo­ple on board. By night, well you’ll just have to read the bio for that part of the story.

If you had asked the high school ver­sion of Erik what he would be doing for a career, you would have heard some­thing like rock star or stu­dio pro­duc­er. Music has long been an inte­gral part of his life, and remains so today. 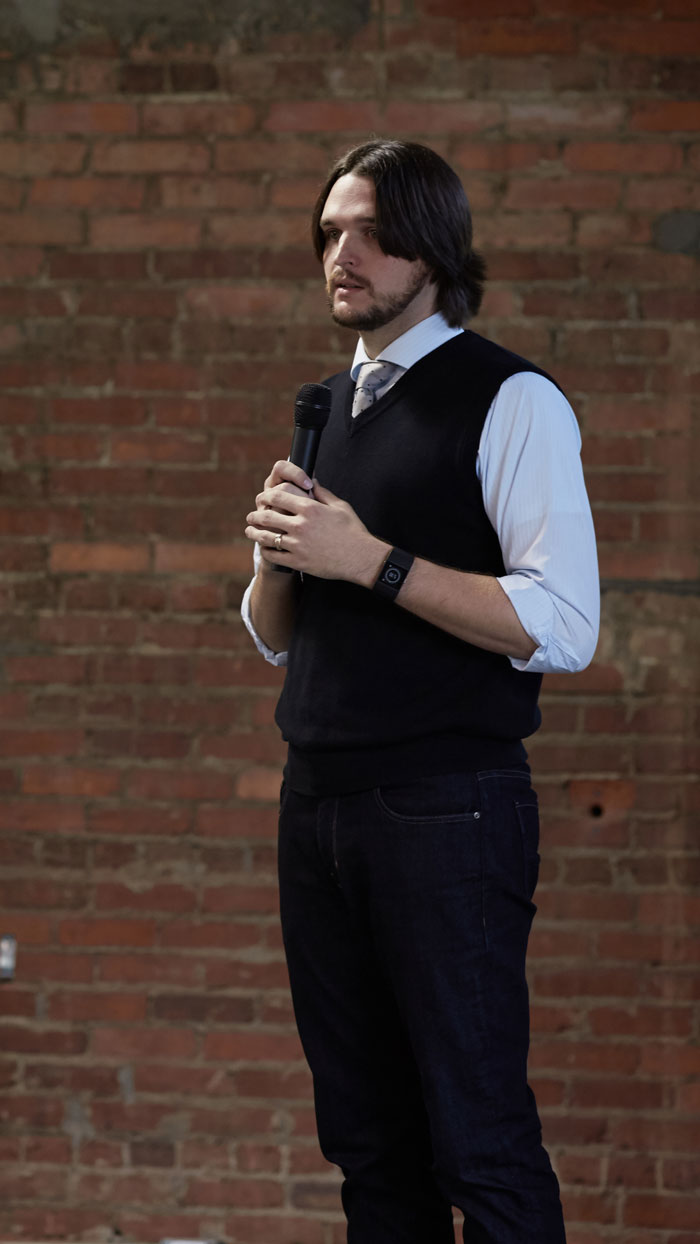 In col­lege, Erik stud­ied music with the inten­tion of becom­ing an edu­ca­tor and fol­low­ing in his par­ents’ foot­steps. His predilec­tion for tech­nol­o­gy won the career bat­tle though, and he moved on to start Focus Lab.

Tran­si­tion­ing from musi­cian, to devel­op­er, to entre­pre­neur, Erik has a vari­ety of inter­ests these days. What ties them all togeth­er, though, is a hunger to learn how and why things work. What was once ​“How does this chord pro­gres­sion work?” turned into ​“How does a depend­able web­site get built?” and even­tu­al­ly became ​“What does it take to build a great company?”

When Erik isn’t at work, he’s prob­a­bly chill­in’ with his kids, his wife, his church, or a com­bi­na­tion of the three. He’s also enjoy­ing the begin­nings of a hob­by in wood­work­ing. If he’s not doing those things, there’s a real­ly good chance he’s enjoy­ing peace and qui­et some­where. He loves his peace and quiet.

(He also finds it awk­ward to write in third person.)

Thoughts on Business and Life

I occasionally share thoughts on business and life via a newsletter. Sign up here so you don't have to check back to the site for the latest writings.

Some of the links on my site are "affiliate links." This means if you click on the link and purchase the item, I will receive an affiliate commission. It's basically peanuts, but every little bit will help as I work on self-publishing my first book.